CONGRATULATIONS EVERYONE !!! Being nominated is an amazing accomplishment here at SAFAS because the nominations are made by the citizens of Second Life. Each year we will host a major awards program to recognize those individuals who are an integral part of the SL Fashion and Arts community, and who have advanced the Fashion and Arts world of SL through their contributions, artistry, and achievements.

▶ Awards are given to each Top Nominee’s (Silver Award Trophy), and our WINNERS receive the coveted (Gold Trophy). In the event of a tie, the Winners received the exact number of votes and those Winners will receive the Winners award package.

▶ Winners each year are extended a personal invitation to be part of our Board of Governors and automatically be granted notice posting rights. .

Ladies and Gentlemen, with 11,120 individual votes cast we are thrilled to announce ….

AND THE WINNERS ARE…

All Nominee’s and WINNERS will receive their awards within the next 2 weeks. Thank you to everyone who voted, to our research team, and our sincere congratulations to each of our Nominee’s and Winners on thier work and achievements throughout the last year. We hope to see each of you again next year for the 2019 SAFAS Awards.

© A Second Life Academy of Fashion Arts and Sciences [SAFAS]®

We got whispered about some rants by creator of Astralia about backdrop city. And here is a public reply to that rant.

The whisperer is back. Some wanted us out of the face of Second Life, we are back and more stronger.

Miaa Rebane in as much as we love you so much, please accept our sympathy on the loss of your hand but you still look hot as always. 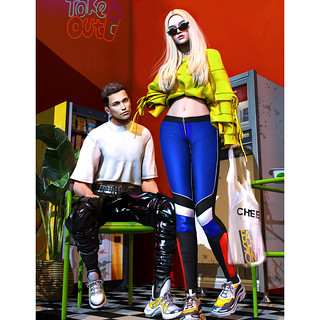 Anyone with any juicy details about Second Life Residents, Friends, Enemies, Lovers, Drama, Rants etc. we are all dying to know should come whisper to the whisperer here at : thewhisperersl@gmail.com
We promise to be discrete and keep the informant secret.